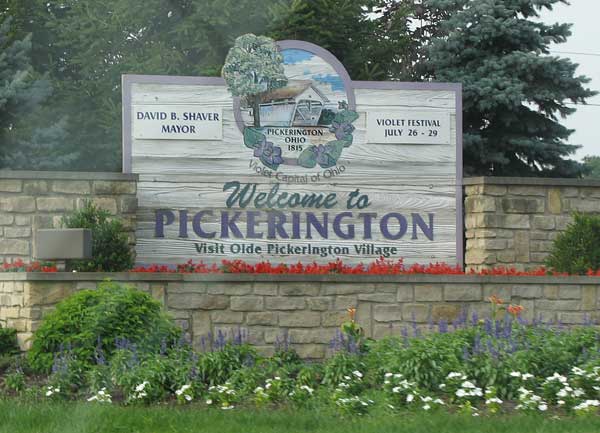 We at LRF Maintenance, Heating & Cooling is happy to offer the people of Pickerington, Ohio, the best local Heating, Cooling, and Indoor Air Quality products and services at the most competitive prices in the local market. We’ve been in this business since 1975, earning the trust of countless central Ohio area homeowners to become a distinguished local HVAC company built on family values.

We offer same-day emergency HVAC repairs as well year-round (including weekends and holidays). We always offer online deals and financing options. Choose LRF Maintenance for your next HVAC service call in Pickerington, OH!

Getting to Know Pickerington, OH

Pickerington is located both in Fairfield and Franklin counties in the central region of Ohio. Originally, the town was founded in 1815 as Jacksonville, named after President Andrew Jackson. It had that name until 1827, when the citizens at the time petitioned the Ohio State Legislature to change its name to Pickerington in honor of the town’s founder, Abraham Pickering. A suburb of Columbus, Pickerington had an estimated population of 22,158 in 2019.

With the land annexation, immigration and rapid development of the Columbus area continuing as it has, the city of Pickerington (like a lot of Columbus’ suburbs) has followed suit in similar fashion. Located off of Interstate 70, Pickerington also serves as home to the Motorcycle Hall of Fame. In 1991, the Ohio Secretary of State certified Pickerington as a city. And in 1996, it was designated as the “Violet Capital of Ohio” by the Ohio Legislature. Second only to Lancaster, Pickerington is the one of the largest cities in Fairfield County. It is located just east of Columbus.

Among the many beautiful things about the city, it features a historic downtown shopping area. Meanwhile, Violet Township is home to rolling hills, forests, fields and log cabin homes.

According to census information, Pickerington has a total land area of 11.1 square miles.

Do you need HVAC services in Pickerington, OH? Choose LRF Maintenance! Day in and day out, our HVAC service vehicles arrive as scheduled, calling ahead to let each customer know we’re on our way; our vehicles stay fully furnished with the latest HVAC (heating and air) equipment and the latest in technology. We carry a wide range of HVAC system filters, furnace filters, central air filters, HEPA filters and more. We carry the latest technology in thermostats, smart thermostats and programmable thermostats, which are popular upgrades that pay for themselves quickly. Smart thermostats are extra convenient and smart home friendly and WiFi friendly, and accessible from your smartphone. Make your Pickerington home more comfortable with a humidifier installation from LRF Maintenance!

Five Star Heating & Cooling Group Rated 4.9 out of 5 stars based on 771 customer reviews

We continue to use the local business because they are consistent in all areas. Prompt, professional, knowledgeable and informative to home owner. No pressure sales. Great employees.

BRANDON DID A GREAT JOB. HE EXPLAINED EVERYTHING TO ME BEFORE HE BEGAN ANTHING. I WILLREQUEST HIM AGAIN IF NEEDED.

Cory did an awesome job. Arrived early, diagnosed and fixed my problem, and was very helpful.

I called the evening before and was told the time frame would be between 8-12. My son had his wedding rehearsal in the afternoon so I told the rep that closer to 8 would be better if possible. Greg called at 8:15 am and was here 15 minutes later. He diagnosed and temporarily fixed the problem to get me thru the week. Awesome service! Definitely will recommend and use your services again! Thank you!

Called them before 9am on a Saturday and Adam was right on time, 10 minutes in to the time window I was given. He was extremely thorough, explained everything fully, offered services but was not pushy, and quickly got my A/C back up and running in no time at all. Pickerington Heating & Cooling is now my HVAC of choice!! More than happy with them and highly recommend to anyone and everyone!

Brandon did an excellent job and very courteous.

He was very personal and answered all of our questions.